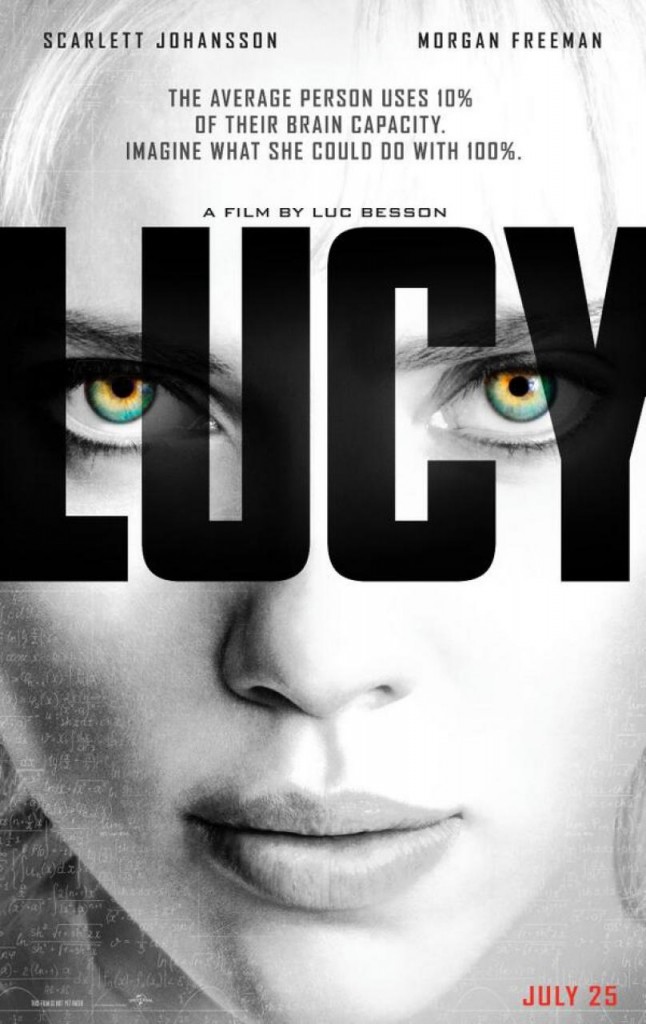 Acting
Scarlett Johansson has been an absolute force lately, with critically acclaimed outings in both Captain America: The Winter Solider, and Under the Skin. Her work in Lucy was less appreciated by the masses, likely because of the emotional state of the character, but I think she does a great job. She is just as strong in Lucy as she was in Captain America, and her work continues to impress. She is able to take on whatever role is given to her, and deliver memorable, meaningful performances, and Lucy is no different. She plays the ass-kicker wonderfully, and though her character in this is eventually unfeeling, she’s still a thrill to watch. It’s also great to see Morgan Freeman in a non-cameo, supporting role. He’s great here, but Min-sik Choi (Oldboy) really steals the show as the antagonist, Mr. Jang. Jang is a sociopathic killer and drug dealer that is willing to do whatever it takes to get his drugs to their intended destination, and Choi is memorable as hell in his portrayal of Jang.

Story & Script
The story of Lucy hooked me from the first trailer (well, that and the fact that the insanely beautiful Scarlett Johansson was the lead). Lucy is thrown into a bad situation which results in her receiving a packet of drugs in her intestines. After getting beat up, the packet breaks open, and the drugs seep into her blood stream. These drugs are unique in that they allow the user to unlock more than the average 10% of the human brain that we normally use. Eventually, Lucy unlocks more and more of her brain power, becoming seemingly superhuman as she tries to track down the rest of the drugs and take down the crime lord, Mr. Jang. This is a really cool premise that delivers even better than I anticipated. The story isn’t deep, but it is entertaining, and watching ScarJo kick ass never gets old. Lucy becomes more emotionless as she unlocks her brain power, but there is enough emotion around the character to keep it rooted. Does the science of the film work, or even make sense? I couldn’t care less. It is entertaining, and that’s all that matters to me in an action film like this.

Direction
Luc Besson’s films are often divisive. The Family is another example, like Lucy, that half of the viewers loved, and the other half hated. The Fifth Element is arguably his only film that has universal appeal. That said, I fall into the camp that enjoys a lot of his work. Lucy is a great example of Besson’s strange directorial style, and a lot of this is shown in the opening fifteen minutes as images of a wild cat chasing down its prey are thrown into the opening scene where Lucy is meeting the men that will change her life forever. It’s odd, overly symbolic, and could easily turn some people off, but it doesn’t ruin the movie for me. This odd montage of images doesn’t show its head again later in the film, which makes it more excusable. Besson has an excellent sense of style, and he finds some incredible images through Lucy that will stick with the viewer long after the film is over.

Intangibles
The special effects in Lucy are remarkable. The ideas that the script has about what happens to a human when they unlock more brain power are a lot of fun to think about, and the effects work bring them to life in a way that wouldn’t have been possible even ten years ago. Besson uses the technology to drive the story forward, and all of these scenes are exciting to watch.

Rewatchability
Lucy is interesting enough that I want to watch it again right now. I’m glad I ended up buying this film because it is one I will definitely revisit over time. It may not have as much replay value as The Fifth Element, but I’m sure I’ll enjoy watching it again for many years.

The Verdict
Lucy is a blast. It’s a full-throttle action film that is just a bit too odd for mainstream success, but will surely thrive on home video. It feels bit like a big budget film with a B-movie heart, which is probably why I love it so much. I’ll definitely recommend this to anyone looking for a fun 90-minute ride with a unique premise, and excellent special effects.