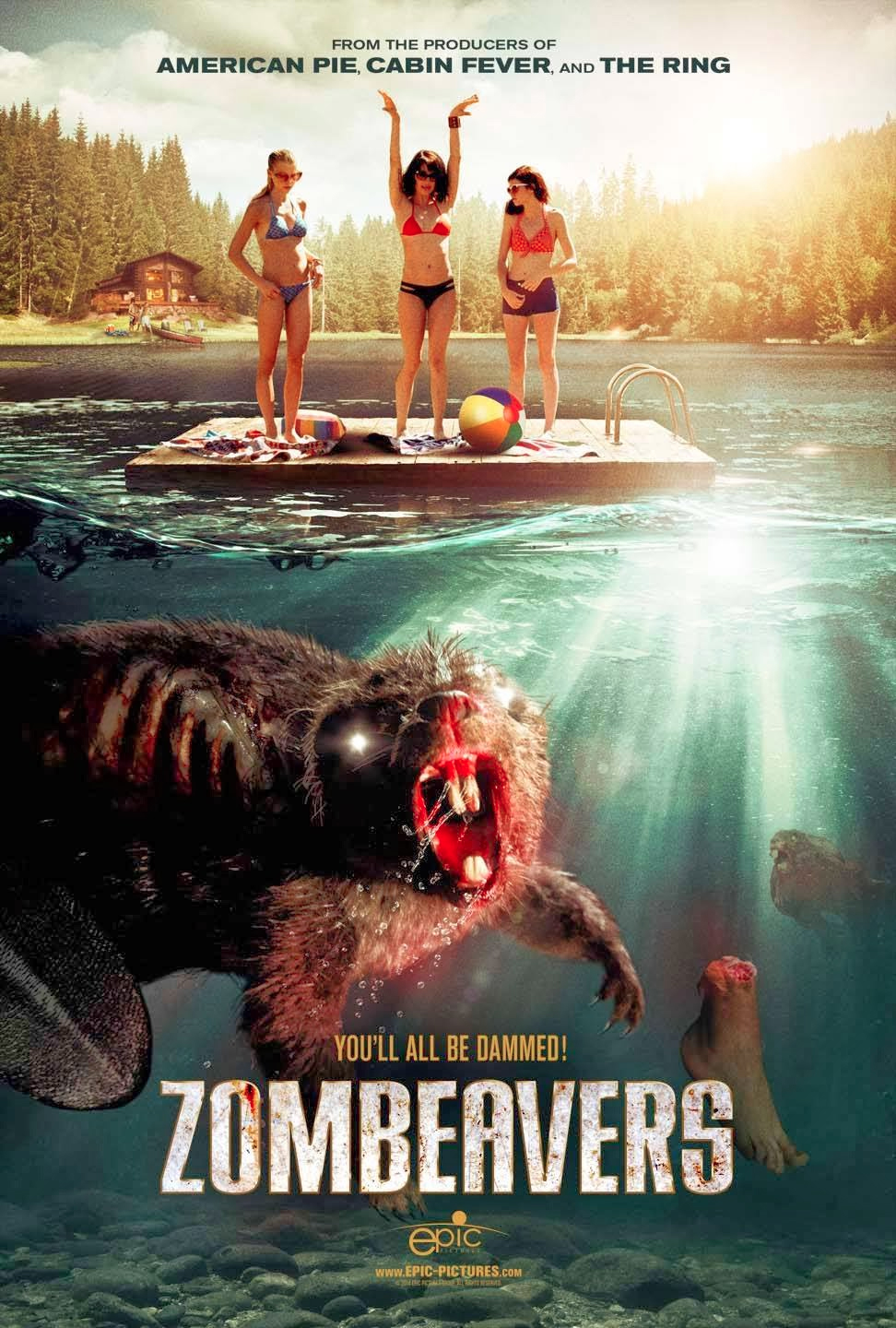 I had tickets for a screening of Zombeavers while it was playing at the TriBeCa Film Festival, but due to my work schedule, I was unable to attend. That was almost six months ago, and I’ve heard very little about the film since then, except for a few other festival offerings. However, the UK is lucky enough to be getting this on Blu-ray and DVD this week, well before the US release (which has yet to be announced, as far as I can tell). But the question remains: is Zombeavers worth tracking down?

A canister of something bad falls off the back of a truck after hitting a deer, and infects some beavers, turning them into savage, zombie beavers! A trio of girls are heading out to the woods for a “girls getaway”, but their boyfriends give them a surprise visit. The beavers have the same idea. Much in the vain of another horror comedy involving animals, Black Sheep, Zombeavers can never be taken seriously, and it’s virtually one long beaver joke, filled with gore, and a few other surprises.

If I said the film was deep or well-written, I would be lying. The characters are one-dimensional. One of the male characters adds a bit of drama because we find out he cheated on his girlfriend a week earlier, though, and one of the female characters is clearly a nymphomaniac. All logic gets thrown out the window in the finale, which I won’t ruin because it’s pretty awesome. I will say that, at one point, despite everyone dying and there being killer Zombeavers attacking, a duo decides to get their freak on! It’s an obvious setup for a gag, which does pay off, but in the end it hurts the already-weak believability of the characters.

Some of the jokes hit it right out of the park, most of which actually don’t involve beavers at all (the beaver jokes do run thin by the film’s end). The opening monologue between two guys in a truck is incredibly random, and funny for the sake of being funny. The credits also offer some outtakes to show what could have been. I think my favorite line in the whole film happens while one of the guys is getting down and dirty with his girlfriend, doggy style, and he yells, “I feel like a Power Ranger”!

If nothing else, director Jordan Rubin knows what he has with Zombeavers, and he knows his target audience. At no point does the film try to take itself seriously, and the beavers, while looking a bit silly, are just a hoot to see running around. The practical effects are really well done, and they shine in the film’s finale. I also enjoyed the fact that Zombeavers does break a few molds that the genre has set.

I had a blast watching Zombeavers and my only regret is not being able to see it in the theatre with a full, target audience because I can only imagine the level of fun this would bring. Hell, I think this might be perfect fodder for the Cinefessions Podcast crew to get together and watch. While it does have flaws, and the beaver jokes get old about three quarters of the way into the film, I have to say that Zombeavers ranks right up there with Black Sheep in the killer animal/comedy/horror subgenre.