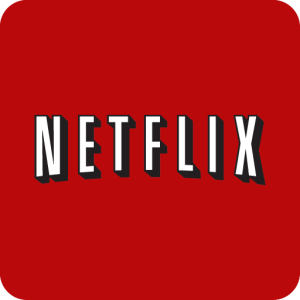 Ashe’s Seal of Approval
These are the latest films or series that hit Netflix in the last week that get my seal of approval. In lieu of something not showing up that I’ve seen, which is a good problem to have if you’re looking for something new, I’ll recommend something that I’ve seen recently or that I know will be on the service for a while.

Marvel’s Agents of S.H.I.E.L.D. (2014)
From the Marvel Cinematic Universe comes the slightly less-than-cinematic TV show cousin. This takes awhile to get going in the first season, but once it gets around to where Thor: The Dark World takes place, it picks up some. Then of course the events in Captain America: The Winter Soldier basically yanks the rug out on everything we’ve seen up to that point in the show. If you can get through the almost ho-hum procedural and follow along with the character building, this is definitely a Whedon style show I can get behind. Gregg and Ming Na really carry the show as it starts out, but the rest of the cast has started to grow on me now that they’ve developed them a bit. I have to admit I’m going to be sad when I hit the last episode of season one and have to wait almost a year for season two.

Ashe’s Pull List
The Pull List is a list of films I’m interested in but haven’t seen that have been added to Netflix since the beginning of the year. These listed below are the films that have been added to the Pull List since last issue. Look for reviews of some of these in future issues of Instant Cinefessions. Don’t be surprised if I don’t end up clearing out this entire list either.  Even I can be picky sometimes.

Ashe’s Pull List Picks of the Week
So what did I watch off Netflix this week? I was still watching Agents of S.H.I.E.L.D. and the MCU films in the order they happened last year, and managed to squeeze in a few films off the list that got added this week and last month. So what made it off the list?  Here we go.

88 (2015, dir. April Mullen)
A woman who’s been through a trauma big enough to trigger a fugue state is involved in a murder spree that she has no idea how she got involved with. Katherine Isabelle, from American Mary and Ginger Snaps, stars in this tale of amnesia and revenge. It’s a bit all over the place, mainly us getting glimpses of what happened to get her to this point, and what she’d done when she was someone else. The rest of the cast does a great job, but Michael Ironside feels a bit wasted as the Sheriff, while Christopher Lloyd does a great job at being the creepy whack job she’s after. Pretty uneven, but I enjoyed it.

Ghost in the Shell Arise – Border 1: Ghost Pain (2013, dir. Masahiko Murata, Kazuchika Kise)
A re-imagining of the popular Ghost in the Shell series, and set before the team in section 9 was ever formed, this one deals with Kusanagi investigating the murder of her sponsor for her cybernetic freedom from the military. I really enjoyed this. Since the first film debuted and wasn’t exactly an adaptation of the manga before it, the Ghost in the Shell series has constantly reinvented itself. While I do like Stand Alone Complex a bit more as it’s a bit easier to follow, this one adds a complexity to the lead character I never really got before. It’s a neat look and feel, and I’m hoping that we get the fourth one here soon as I’m betting I’ll devour the other two on Netflix rather quickly.

Ghost in the Shell Arise – Border 2: Ghost Whispers (2013, dir. Kazuchika Kise, Atsushi Takeuchi)
Continuing with the re-imagining of Ghost in the Shell, Kusanagi is given the opportunity to assemble her own team to work with Section 9, but someone is hacking the grid and causing all sorts of mayhem using mercenaries she’s worked with before. This one reminds me a bit of the first film if only because of some of the elements involved. This series is dealing a lot more with actual cyber-brain hacking and memories and how to trust what’s in your head because maybe you didn’t put it there. A lot easier to follow than the first episode and a bit more action-oriented, but still pretty deep. Ghost in the Shell is still one of the best at doing straight up cyberpunk.

Ghost in the Shell Arise – Border 3: Ghost Tears (2014, dir. Kazuchika Kise)
Kusanagi and Batou attempt to stop a mysterious terrorist group while Kusanagi finds herself involved with a tech that seems to enjoy keeping her cyber parts up to spec but he’s got something mysterious going on as well. They’re really still just getting the team together here, but the case is kind of interesting and is still dealing with the group’s past. They’re exploring a lot of what it means to basically be a full cyborg with this series, and Kusanagi being basically born into one from the start. Great cyberpunk stuff here.

Stephen King’s A Good Marriage (2014, dir. Peter Askin)
How would you react when you figure out a deep, dark secret about the one you love? This film explores that idea really well. A great cast leads this one, and it’s not your usual kind of killer film. This feels more like King’s Misery or Delores Claiborne. Like most of his books, this moves at a pretty slow pace, but they keep it interesting.

Chef (2014, dir. Jon Favreau)
After losing his job in a spectacular display, a chef starts up a food truck and begins patching up his relationship with his family. I could relate so hard to this film, especially his son’s relationship with his dad. There’s a lot of heart, the cast is fantastic, the characters are great, and while there is a bit of feel good to this, it still feel completely believable. This is great real-life escapism here, and one of those films I think everyone should see.

Make sure to check back next week for more reviews and recommendations from the Netflix Instant Queue in Issue 06 of Instant Cinefessions!