I didn’t get to go out much in 2014, which is usually the case. My schedule makes it hard to get to the theatre, which means a lot of Netflix, and rentals. That said, I still haven’t seen a number of 2014 releases yet. I have seen enough, though, to make up my top ten of 2014, so here we go.

10. 13 Sins (dir. Daniel Stamm)
This is a seriously messed up film that worked so amazingly well on so many different levels. Great acting, intense situations, and by the end you’re wondering just how far they’ll push this guy, and if he’ll actually do it. This grabbed me all the way from the splash intro before we even get involved with our lead. I didn’t find out until today that this is a remake of another film, which I have admittedly not seen. The really well done script combined with some decent gore for a horror flick like this, and some excellently pulled off, tense situations made this one of the films that got me start to finish.

9. Don’t Blink (Travis Oates)
Don’t Blink is a psychological and supernatural thriller that relied on some tried and true film techniques to drive home the situation. Really well shot and well acted, and it came pretty much out of nowhere for me when I sat down to watch it. Film School Rejects had this on their top horror for 2014, and I obviously agree with them. This brings the same tension to it that John Carpenter’s The Thing had, only under very different circumstances. They did some great things with this, and while it’s one of those films that you can’t quite piece together, it works so much better for keeping its audience hanging on.

8. Stage Fright (Jerome Sable)
I only watched this one because Chris recommended it most emphatically when it hit Netflix, and I’m so glad he did.  I’m a sucker for musicals, but I love it when they show up in unusual ways, so a horror musical along with a bit of comedy? Hell yes. While I would have liked a few of the songs to actually be complete on film, this is a horror movie before it’s a musical. There are some great musical moments in the film, though. The plot is a bit predictable, and I figured out the big reveal long before it happened, but it’s still entertaining, and it combines two to three of my favorite genres yet again. Did it topple my favorite horror musical, Repo? No, but it was a damn good time. 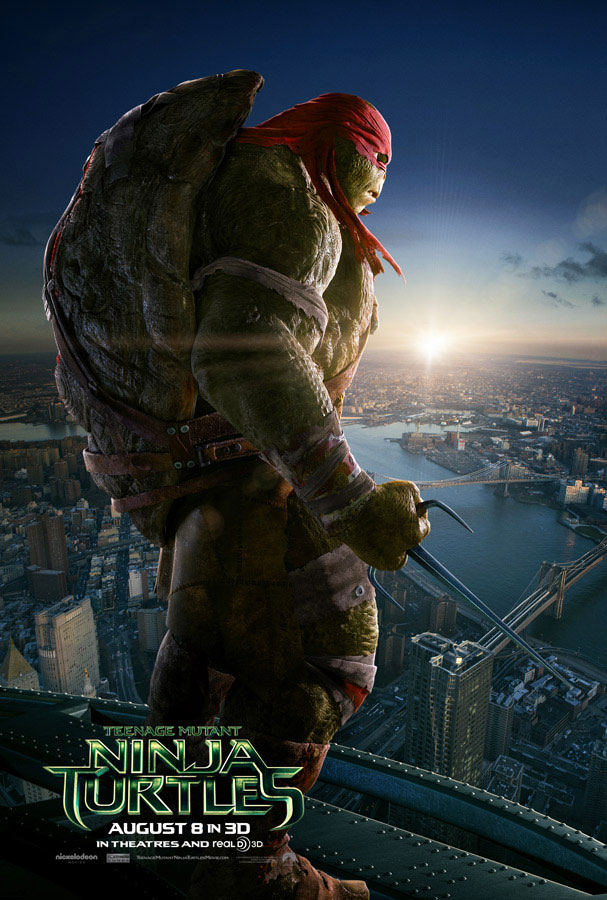 7. Teenage Mutant Ninja Turtles (dir. Jonathan Liebesman)
Cinefessions Review
I went into this not expecting the ‘90s turtles, the comic turtles, or, hell, even the cartoon turtles. I was, however, expecting the Teenage Mutant Ninja Turtles, and I got them. There’s no amazingly brilliant storytelling here, but this was at least a fun action flick starring the four turtles from my childhood with some great effects, and they actually managed to get the personality of each of them down pretty well. I also really enjoyed Fox’s portrayal of April, which was closer to what I remember in the first ‘90s film, and in the comics. I don’t think this was better than the ‘90s live action film, but it was at least on par with it, and I’d watch either of them if given the choice as they both have different things going for them. Interestingly enough this falls more in line with the cartoon than the comic, while the ‘90s film felt more like the comic to me.

6. Edge of Tomorrow (dir. Doug Liman)
This was actually much better than I thought it would be, and since it’s in my top ten, you can see what I thought of it. I figured this to be a standard Tome Cruise action flick and it most definitely wasn’t. I did get a big kick out of all the deaths he goes through, and it amused me that it was so similar to the many deaths of Dean in that one episode of Supernatural. The effects in this are great, but more importantly it has some heart to go along with the effects. It lost me towards the end for following the big budget Hollywood formula a little too closely, and instead of following the rest of the tone of the film, we get a mostly tone deaf but workable ending to the film. I’ll definitely have to watch this one again as it was a fun ride despite what I thought was an off ending.

5. Robocop (dir. José Padilha)
Talk about another surprise. While I enjoyed the trailer, I really wasn’t expecting much out of this one either. I mean who’d actually try and do something new with the Robocop series, let alone try and do something good with it? I do love being proven wrong. I really liked this new version for different reasons than I like the original. I think they’re both pretty good films, but other than the basic idea of an evil corporation turning a downed officer into a cyborg, they both handle the material very differently and that’s ok. They delve a lot more into the human melding with machine in this, and while the original had a huge dose of social satire in it, this one opts for more subtle commentary while taking it a bit more seriously.  While they’re both sci-fi action flicks, this one relies a little bit more on exploring what makes us human while the original was busy poking fun at society through the films’ lens.

4. Lizzie Borden Took an Axe (dir. Nick Gomez)
I originally popped this on for two reasons: it’s based off Lizzie Borden, and it had Christina Ricci in the lead role. While this played out rather like I thought it would, especially knowing most of the history behind Lizzie Borden from different shows on the murders over the years and reading about it, this still ended up surprising me. The build up to the last few moments of the film are fantastic and Ricci delivers the creep factor that I have loved from her so much over the years in different roles. This does play out a bit like a murder mystery, unless you know the specifics, and definitely does not feel like what I expect from what was a Lifetime movie of the week. Watching it on Netflix, I had no idea it was even made for TV. It has some great production values. They mix up the score with a traditional orchestra and some modern music styles that work really well with the film. There were some great choices for the casting, and the direction is solid as well.

3. Guardians of the Galaxy (dir. James Gunn)
Cinefessions Review
I knew from the first trailer that I was going to either love this film, or hate it with the fiery passion of a thousand suns.  It’s on my top ten list near the top, so how do you think it turned out? This was a fantastic romp, and an interesting way of creating what amounts to The Avengers in space. The difference is that this team really, really doesn’t get along. While there are a few plot issues, it manages to pull off the whole shebang with some character development for just about all the major players, save for the main villain, who’s fairly one note throughout the whole thing. Thankfully the other minor villains make up for his shortcomings.  Lots of great action sequences and light-hearted fun, with some tragedy thrown in for good measure made this one of those films I’ll enjoy popping in and quoting all over the place like the movies I grew up watching as a teenager. 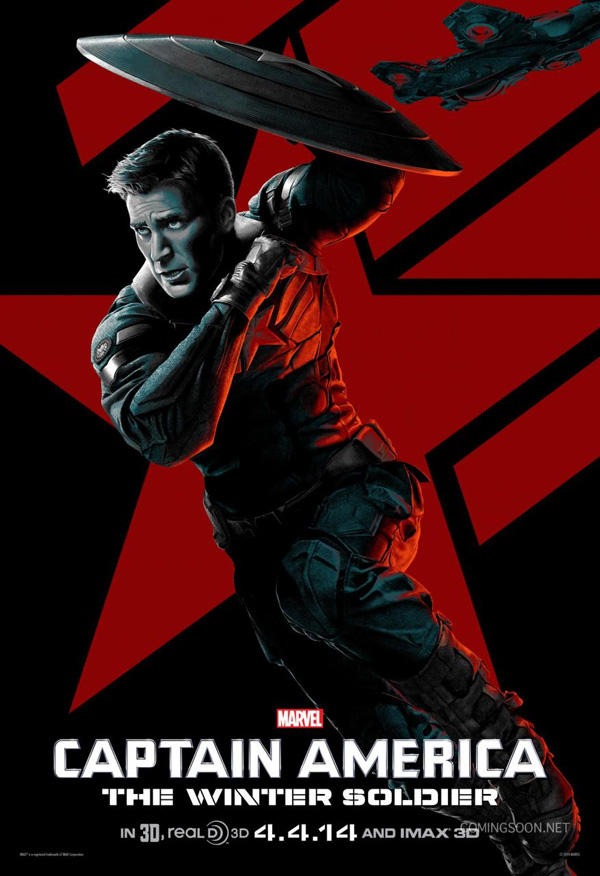 2. Captain America: The Winter Soldier (dir. Joe and Anthony Russo)
Cinefessions Review
The Winter Soldier is probably one of the best of the Marvel Cinematic Universe’s “solo” outings. I use the solo tag a little loosely, though, as Natasha, Hill, and Fury are actually major players in this. While Captain is the fish out of water, they don’t necessarily play that for laughs this time, as his ideals and what he believes in are more what’s out of place for what’s been going on in the MCU. This puts him a bit at odds with the people he’s been working for. There are lots of twists and turns in this and there are some surprises as well. The dialogue and pacing is well done, and unlike a lot of the other entries in the MCU, there doesn’t feel like there’s as many holes, nor that it felt like an event film where everyone is just being dragged along and reacting. Some great throwbacks to the political thrillers from years back, with the distinct Marvel twist that lets you see this as something not out of the realm of believability. The new faces to the MCU are well chosen and the returning actors do a fantastic job. Easily one of the best films I’ve seen all year.

1. X-Men: Days of Future Past (dir. Bryan Singer)
Cinefessions Review
I wasn’t just a little excited for this film; I was hugely excited for this film. One of my favorite story arcs getting the big screen treatment is never a bad thing. On top of that is the blending of the two casts, the realization that we can have one really solid plot line if you actually fill it out, the throwback to the ‘70s action thriller, the mutants just letting loose with their powers without worry for budget, and a hell of a performance from the entire cast. I got all giddy when the X-Men theme from the previous X-Men and X-2 played through the familiar credits, and then there was the beautiful banter and actual character development on top of that. This was ballsy to do with an X-Men film, and I would honestly put this up against The Avengers in terms of epic scale and character driven angst that works. This isn’t just a complete return to form for the X-Men film franchise; this is on par with the excellence that was X-Men 2.